In these modern times most main stream texts regarding Taekwondo history maintains the wrong view that Taekwondo is a 2000 (sometimes its even said 5000 years) old native Korean martial art. This is probably due to the nationalist feelings in Korea after the 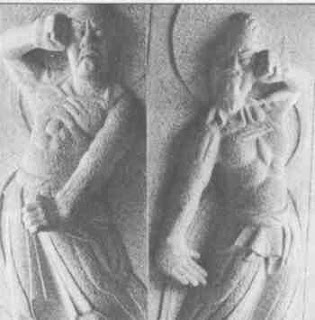 Korean liberation from Japanese rule after world war 2. But is this the true story? I think not. At least not the whole story. Now in this post I will reveal the martial roots of the founders in the original Kwan`s.


During the japanese rule martial arts training was banned and native martial arts almost dissapeared entirely, but some Koreans who studied and worked abroad in Japan and China during the Japanese rule was allowed martial arts training. And so after the war these people came home to Korea and wanted to share their martial arts with their fellow country men, but now all things Japanese was frowned upon. The solution was to not teach where the arts came from or to make up a new history; claiming little or no influence from Japanese and Chinese martial arts and making up roots dating 2 - 5 000 years back in time.

I am not saying that in later times the Koreans has not reddiscovered their martial heritage and included it in their teachings, but in its infancy Taekwondo was really Karate as taught to the founders of the original Kwan (schools) that later formed what was to become Taekwondo. Many myths sourrounding the founders training and experience but for now I would like to give a brief summary of my own research regarding Taekwondo`s Karate roots.

It is widely known that before the name Taekwondo became the norm there were two common ways to refer to the hard style striking arts taught at the different Kwan. The two terms were "Tang Soo Do" (also written Tang Su Do etc) and Kong Soo Do (also written Kong Su Do) meaning Chinese hand and open/empty hand. What most people do not know here in the west is that these two names are not names for two different martial arts, but the Korean reading of the "Hanja" (Chinese character) used to write Karate.

Karate can be written in two ways, they have different meanings, but they are both used for the martial art now known as Karate. The first read in Korean as Tang Su Do is read as To De/To Te in Japanese and is the more traditional term for denoting the martial art of Karate. "To" in To Te can also be read as "Kara". The modern way of writing Karate is read Kara in Japanese and Kong in Korean meaning open. Open hand and Chinese hand.

The other evidence for Taekwondo Karate roots are the way they structured the training and the forms (hyung in Korean, Kata in Japanese) wich were basicly the same in both arts. Some Kwan included a few Chinese forms but for the most part they all taught essentually Shotokan Kata. This included but is not limited to: Kibon (Kicho) Hyung 1-3, Pyung ahn 1-5 Hyung, Chulgi 1-3 Hyung, and Kongsukon Hyung. The Karate Makkiwara (Dallyon Joo or Tal Yul Bong in Korean) was also in frequent use.

I will now briefly state the biggest Kwan, its founder, what style of Karate he studied, under whom and what rank he obtained in the art(s).

﻿﻿
Chong Do Kwan was founded in 1944 by Lee Won Kuk. He studdied Shotokan Karate under Funakoshi Gichin and Funakoshi Yoshitaka (better known as "Gigo" Funakoshi). He obtained the rank of 3rd Dan in the art, in a time when 5th Dan was the highest rank in Shotokan. Funakoshi Gichin was never given a rank higher than 5th Dan.

Song Moo Kwan was also founded in 1944 by Ro Byong Jik. He studied Shotokan Karate at the same university in Japan as Lee Won Kuk did. As such his instructors were father and son Funakoshi. Ro Byong Jik obtained 1st Dan in Shotokan Karate before returning to Korea and opening his own Dojang.

﻿﻿ ﻿﻿Moo Duk Kwan was another important Kwan. This Kwan was also founded in the 1940s. 1945 to be excact. It was founded by a man named Hwang Kee whose martial arts training is somewhat of an enigma. According to himself he studied a native Korean art called Taek Kyon which is famous in some modern Taekwondo circles as the "father art of Tae Kwon Do". This training has never ben verified and Moo Duk Kwans legacy is essentually the same as the other Kwan. Before he invented the Chil Sung forms and the Ro Youk forms there was also no sign of the other art he is said to have studied. Again according to himself he studied chinese martial arts while working in Japanese ruled China. He did in a late interview state that the source of his forms was various books on Shuri Te Karate wich explains why modern Tang Soo Do ans Soo Bahk Do include various Karate forms in their teachings as well as Hwang Kee`s own creations. Needless to say there is no formal rank that was given him in Taek Kyon, his Chinese martial art or Karate. 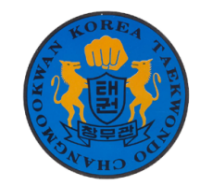 Chang Moo Kwan was founded in 1946 by Yon Byong In. He did not study Shotokan Karate like most other Kwan founders, but he did study a form of Karate called "Shudokan". He studied this style directly under its founder Toyama Kanken and he received the master rank of 4th Dan in this style. This makes Yon Byong In one of the highest ranked Karate masters in Taekwondo history. Some sources even states that he received 5th Dan but I can not verify it.

Only two more schools left know. The first is the Yon Moo Kwan. This school was founded in 1946 by Chun Sang Sup. I regret to say that I do not have enough material on him to state anything concrete about his martial roots, but he did found Yon Moo Kwan, made it one of the leading Kwan before dissapearing during the Korean war. In 1953 his successor reopened the school under a new name; Ji Do Kwan. This school was to become famous for its sparr 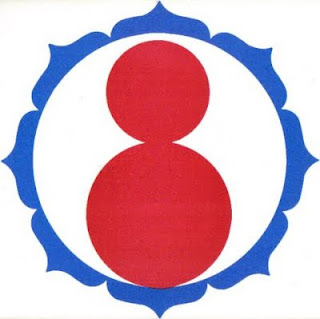 ing team, and together with Moo Duk Kwan they sendt students even to Japan to compete in sparring there! According to my teacher who started his training in the Ji Do Kwan in the 1950s the Koreans won a great deal. The name of Chun Sang Sup`s successor was Yun Kwae Byung. He practised Shudokan Karate under Toyama Kanken and received a 4th Dan certificate from him. He also studied Shito Ryu Karate under thats style founder Kenwa Mabuni and from him he obtained a 7th Dan certificate. Yun Kwae Byong of the Ji Do Kwan was without a doubt the highest formal ranked practisioner of Karate in the early history of Taekwondo. 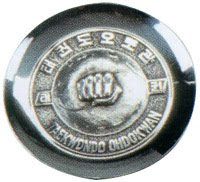 Do Kwan. This Kwan is often refered to as the father Kwan of ITF Taekwondo (aka Chan Hong ryu Taekwondo). It was founded after the Korean war by General Choi Hong Hi and the Chong Do Kwan student: Nam Tae Hi. Choi Hong Hi (who dubbed himself the father of Taekwondo) is reputed to have come up with the term Taekwondo. The term Taekwondo is first documented at a meeting in 1955 when all the Kwan leaders met to discuss uniting all the Kwan to form one strong martial art for Korea. Like Hwang Kee, Choi trained Taek Kyon in his early years, but there is no way of verifying it at all. During his studies in Japan he started practising Shotokan Karate but who his instructor was is also unclear. Many sources says he studied under Funakoshi, and the sources also vary on what rank he obtained. He did at least obtain the rank of 1st Dan, but some sources say he reached the 2nd Dan level before returning to Korea.

And this completes my sumary. I hope you enjoyed it and if you have any questions regarding sources or you have something to add please feel free to add a coment:)