The groin is a vital target of every serious combat art in the world. It is not a definitive fightstopper and you can not really only rely on one kick to the groin to save you in a fight but it is a valuable target nonetheless. In the excellent video below you can see 100 ways to attack this vital target. The video is only a few minutes long and it will be required material for all the future black belt gradings I will conduct at my future Dojang. So you just know this is some serious shit (pardon my french).

I think this is a quote that speaks for itself:

I recently had a discussion going on wether "deep" Applications can be found in the KTA Poomsae (Taegeuk/Black belt Poomsae) or if it was impossible to find them because they were never meant to be there. This is a discussion I have had time and time again. I use my forms as a fundemental part of "my" Taekwondo and everything I do when it comes to Taekwondo and the martial arts are found within Poomsae. So for me practising Poomsae empty performance will make me better at all Things Taekwondo since my mental intent is different to those who practice for movement education, Block,

kick punch Applications, etc. After debating the historical facts for a long time (we agreed upon most Things but interpreted them differently) I said this (which the other party did not have a good Counter argument for):

"All Poomsae consists of roughly the same building Blocks as Karate Kata. We agree that Karate Kata had practical Applications. We are both fans of the excellent work that Iain Abernethy, Vince Morris, Patric Mcarthy, Jesse Enkamp and others has put forth on Karate Kata. They all say that each technique in Kata can be several Things however. So each basic technique has several different Applications. Making New forms out of the same building Blocks would therefore be like playing Scrabble With only the white pieces (the ones without letters). They can be any letter you want so eventhough there are New unique sequences in KTA Poomsae that are not found within Karate Kata we can still make Words and sentences With them."

Lately I have observed that Kukkiwon has shared a lot of grappling techniques on their Facebook page. This blog has for a long time stressed the combative applications of Traditional Kukki Taekwondo and I have referenced Kukkiwon Textbook in my earlier writings, but it is one thing to read a short mentioning that
Taekwondo has pressure against joints in them and the Kukkiwon going out on their facebook page and write about techniques many people believe are not part of Taekwondo. This makes me EXTREMELY happy and if this continues I believe that the old stupid myths about Taekwondo lacking vital components in their arsenal as a combative martial art (not sport) will dissapear over time. We do have a long way to go though as evidenced by one man who imidiatly commented:

"So now we're officially mixing Tae Kwon Do and Hapkido?" 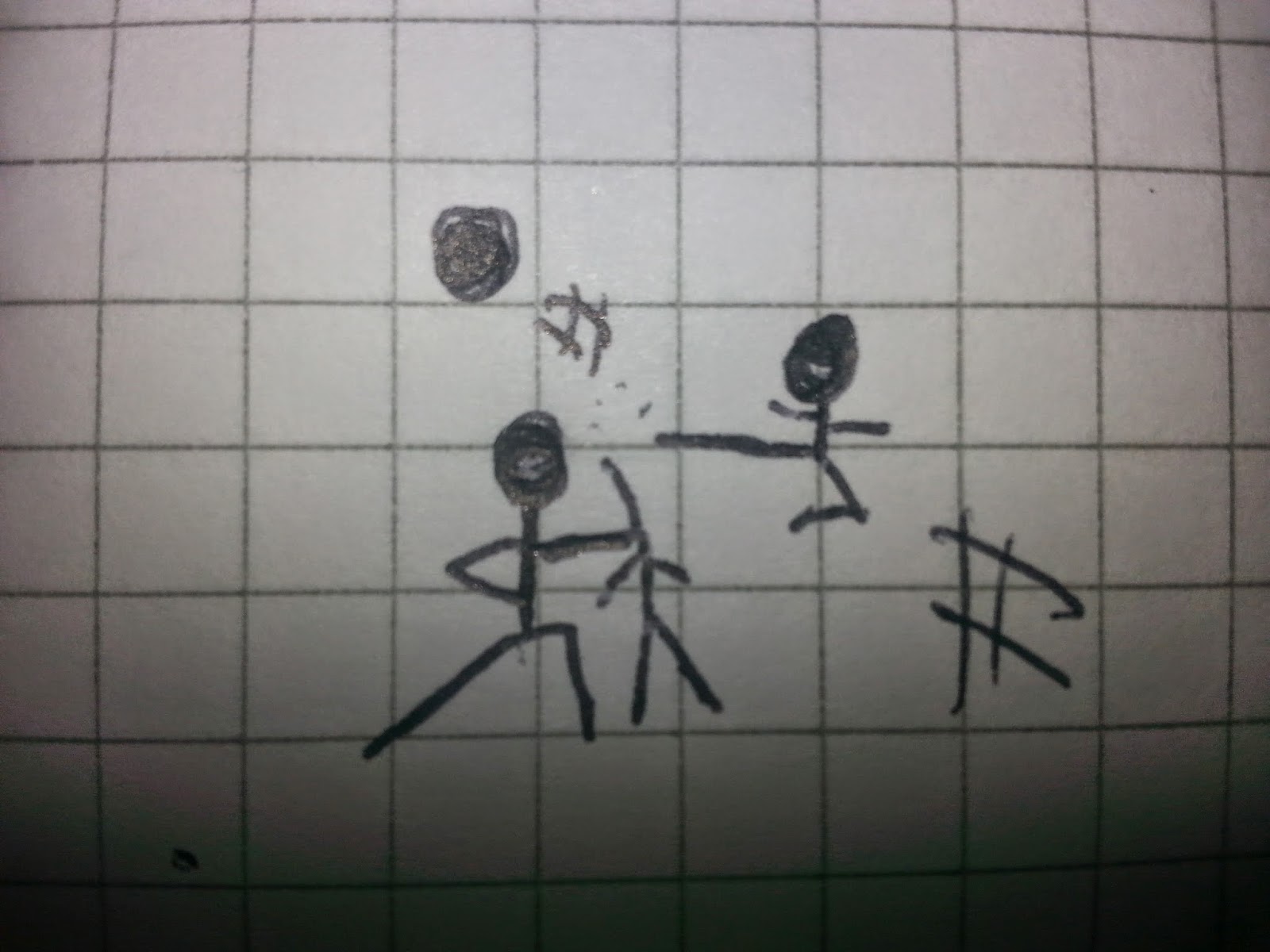 A few weeks ago we did a belt test at our Dojang. The main instructor at the Dojang could not participate and I am a few Dan ranks short of taking care of a belt test on my own so we had a master instructor who has not trained with us in a few years come in and help us with the grading. Comming from the outside in he asked the highest ranked people who tested that day to spar two opponents at once (they were red belts).

This is something that we did relativly often in my Dojang a few years back but which we have not done in ages. Unsuprisingly the students tried their best but it was not an effective display of strategy and tactics. Now since sparring two opponents at once is a "lost art" (in the Dojang I practise at least) I thought I should share a few thoughts that I discovered when I was engaging in this kind of training.