I have translated a few sections from Hwang Kee`s 1958 book now and want to share it. I have included the two pages I have translated at the end of the post so anyone more knowledgeable in Korean can give their two cents :-) I have translated most of this myself without help (the 10 guidelines have been verified to hit the mark so to speak) so any mistakes here is mine and mine alone. I will be the first to admit that I am in no way fluent in Korean.

First out is the 10 point creed of Mu Duk Kwan as written by Hwang Kee himself in 1958. I have no idea if this creed is still in use. He starts each creed with the number 1. Similar creeds or guidelines appear in many Japanese Dojo and the numbering each as 1 means that they are all equally important. You will note that many of these points are mirrored in the more famous tenets of Taekwondo and 5 rules of taekwondo by Choi Hong Hi as well as other Kwan`s philosophy. My own teacher said in his first book that allthough there were differences in execution of techniques and forms as well as different "philosophies" their philosophies usually had the same core.

Hwang Kee includes an explanation to each guideline in his original text. So far I have not had the time to translate them but I will give it my best shot as soon as my Schedule opens up :-)

I have written many times about the history of Taekwondo, and how important Gichin Funakoshi is in it. He is the teacher of most of the first generation of Taekwondo masters. To me at least this makes him a central figure in Taekwondo history, and when reading his works I also get an apreciation of just how much of the traditional Taekwondo I study has been influenced by him. The Yun Mu Kwan (later Ji Do Kwan), Chung Do Kwan, Song Mu Kwan, and Oh Do Kwan all have roots stretching back directly to Funakoshi. Mu Duk Kwan`s founder Hwang Kee was also strongly influenced by him allthough he did not train directly with him, he did read Karate books (most likely written by Funakoshi) and he trained a little at the Chung Do Kwan.

Recently I filled my "holes" in my Funakoshi collection and got the remaining books written by him, so now I am the proud owner of all his translated works. I am "celebrating" by going through each book carefully, taking notes as I slowly make my way through them and I will share some of those notes and my thoughts regarding them along the way. So far I have completed "The Essence of Karate", 21 Guiding precepts of Karate and Karate Do Nyumon (Master introductionary Text of Karate). Going through the latter I found 7 training precepts that Funakoshi tells us about that I think might help people who study Taekwondo too. So without further adu here are the training precepts:

Revamping mainstream Taekwondo to self defense

Taekwondo is different things to different people, and indeed there are many different reasons why 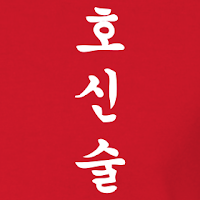 people practise Taekwondo. Some enjoy the sport of sparring, other the solo performance of its forms, yet others like the "brotherhood" of the Dojang they belong to. If you ask 100 students from the age of 16 and older why they first started though I believe there is a very good chance that the answer is at least partly for the whish to learn self defense skills. Many who reads this blog gets the impression that I am a full time instructor and that I run my own Dojang, but that is a mistaken belief.

I am training in a Dojang that operates out of a school gym with very limited training time as well as equipment. I have for a long time however taken charge of my own development outside the Dojang as well as inside it, so eventhough I only make it to the Dojang twice a week I do some kind of Taekwondo practise every day, and often if you count the small minute sessions I do it several times each and every day. For the most part however I see that most of the students at the Dojang I practise at and I guess based on conversations with other masters, that the "normal" students practises Taekwondo at the Dojang 2 times a week and thats it. When you look at the training time invested coupled with all that Taekwondo encompasses there is no denying that people dont really get their pennies worth when it comes to self defense. It is therefore not strange to observe that other martial arts and "reality based systems" who give more imidiate results gets more popular with the general public. The result is therefore that old students quit after 1-3 years, and new students comes in the door at longer and longer intervals.